Here I am today with another smudge card. I told it would be appearing again. I just love this technique.

I stamped the flowers multiple times with the same wood block stamp. I used Archival ink for this.

For the base of the card I ink blended around the edge of a piece of off white Neenah paper so it looks like green paper. 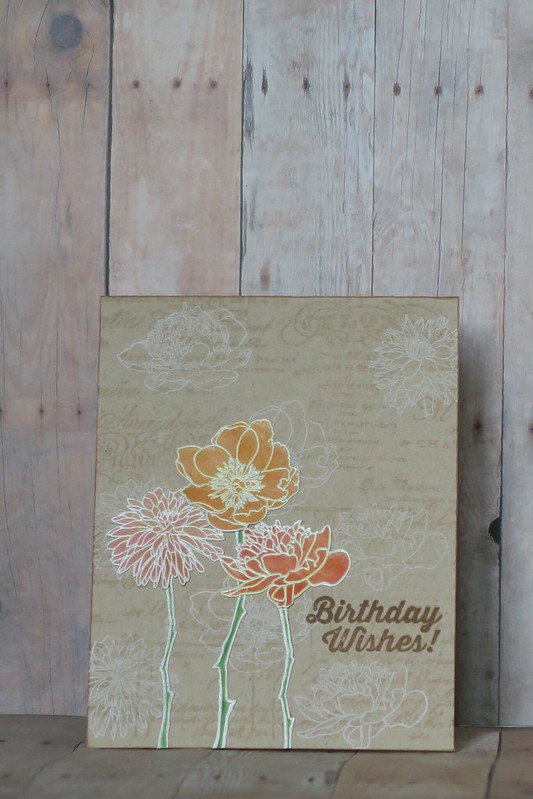 I got the idea that I wanted to create flowers on kraft paper to go over a kraft background and this is it!

I created the background using a large background stamp and then stamping the flowers with white pigment ink.

Then I stamped 3 of the flowers and stems on kraft paper and heat embossed them in white. I colored them with Prismacolor pencils.

It seems fairly simple when I explain it but I colored several flowers to come up with ones that I really liked including a bigger one from another set. 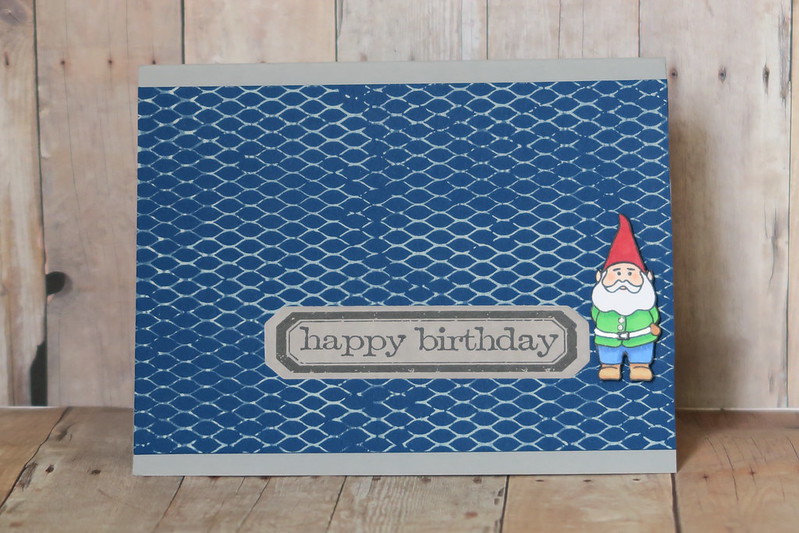 This is a card I made for a guy.

This background was also created while playing around with the Oxide Layered stamping. However this is not that exactly. It is just stamping with Oxide ink. I stamped with Hickory Smoke Oxide Distress ink using a Stampers Anonymous/Tim Holtz stamp Mesh (CMS221) on the dark blue paper. The card base gray paper was from my stash and it matches the Hickory Smoke Oxide ink pretty darn close. I tried several grays from light to darker.

The gnome is a stamp from Simon Says Stamp from a set called Secret Garden (SSS101629). Such a cute little gnome. I colored him with Copics. His belt and buttons are colored with a silver Pen Touch pen. I am not sure, now that I look at it, why I didn’t color the belt black and the buckle silver.

For the sentiment I applied Hickory Smoke Oxide ink direct to paper using the ink pad. Then I stamped the frame and sentiment over that possibly with Versafine onyx black ink. They are both from Stampers Anonymous/Tim Holtz set Saying Stuff (THJ009). I die cut the frame.

Entered in the Simon Says Stamp Challenge 95 in Flickr.