These cards were done during the OCC class Sparkle and Shine. They are the technique of foiling. It was fun and I had never done it before. 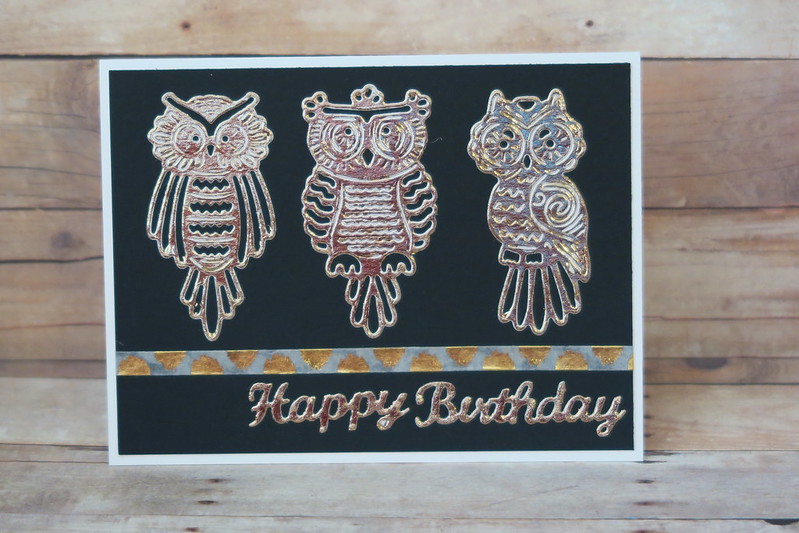 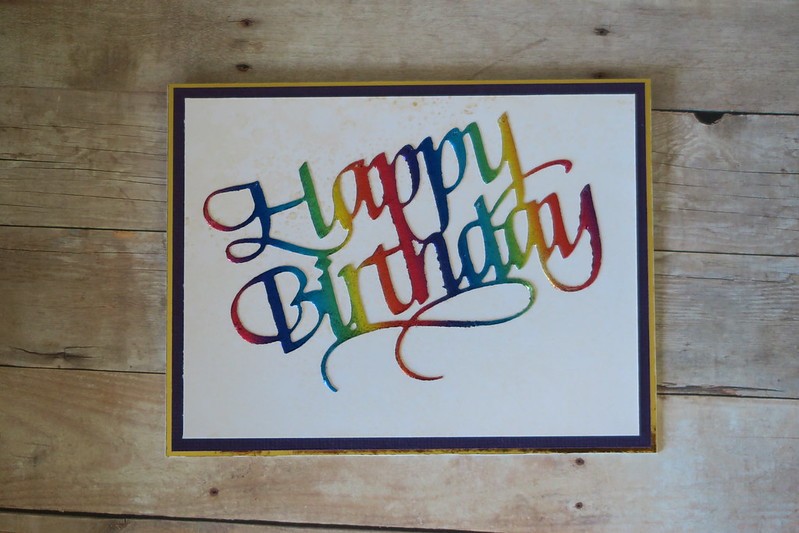 I do not have a machine for this so the technique I used was double sided adhesive. For the owls I think I used Stick It and for the large Happy Birthday I used Sookwang sheets. I think they both worked pretty well and I like how they turned out. I was pretty pleased also that they came out pretty decent the first time. If you have little spots where the foil isn’t there it is easy to fix.

The owls have rose gold Deco Foil on them and the greeting has the same. The washi tape is from Hobby Lobby I think and I really wish it was rose gold also. This card was so darn hard to photograph and it looks much better in person. I must of taken 10 shots of it. The owls are cut with a Tattered Lace die called Baby Owls. The sentiment is a Simon Says Stamp die.

For the large Happy Birthday I used the rainbow Deco Foil. There is some gold spray splatters on the white paper which is hard to see in the photo. Under the white background panel is a black mat and then the shiny gold mat/base of the card. The sentiment was cut out using an Elizabeth Crafts die Happy Birthday. The gold splatters are most likely Heidi Swapp Color Shine Gold. Fairly simple card design but I really like it.